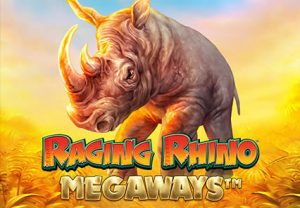 The action here takes place using the usual MegaWays game engine. Reels 1 and 6 can reach 7 symbols high. The middle reels can stretch 6 symbols high. There’s also a block of 4 symbols above reels 2, 3, 4 and 5. The number of symbols in play changes with each spin which also alters the number of ways to win.

Winning combinations are created by landing matching symbols on adjacent reels. After a winner hits, the successful symbols are removed and a new cascade of symbols drop into place. The cascades keep on coming as long as a new winner hits. This is known as the Cascading Reels feature.

Landing 4 or more Bonus symbols on the same spin triggers the Free Spins feature. On offer are 8 free spins with a starting multiplier of 1x. Each time a winning cascade lands, that multiplier increases by 1x. It doesn’t reset back to 1x after a winless cascade, it remains the same or gets higher.

Look out for wilds that can appear in the 4 symbols positions on the top row. These wilds come with multipliers attached which can boost payouts by 2x, 3x or 5x. These can combine with the standard multiplier for even bigger awards.

Re-triggers are possible too. Find 3 Bonus symbols on the same spin and an extra 8 free spins are added to your total – with no limits. You’re guaranteed to win at least 10 times your stake during the free spins with the Bonus Guarantee feature – it’s handy as this is a volatile slot game.

Raging Rhino MegaWays sticks to the usual formula for this type of slot game. The design isn’t as flashy as some but it does the job well enough. The game engine delivers a steady stream of action. It’s the Free Spins feature where you’ll likely find the best winning opportunities.

Get on a roll with the expanding multipliers and Raging Rhino MegaWays could deliver a stampede of coins – there are payouts of up to 12,500 times your stake from every free spin. MegaWays slot games have become really popular – it’s good that you have iconic titles like Raging Rhino using it. The original is also high variance by the way and set the standard for 6 reel, 4,096 ways to win slot games.