Recommended casinos to Play Its Magic 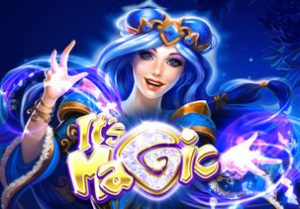 As you’d expect from a slot game with this title, there’s a magical feel to the design here. With a forest and castles in the background, you’ll see lower value royal values alongside a trio of cuddly cartoon animals – you have the fox, monkey and cat.

More rewarding are the lamp, treasure chest and books of spells which offer awards of up to 2 times your stake per payline. The best paying standard symbol is the magical princess. Land 5 of her and she’ll conjure up 6.66 times your stake. IGT has packed plenty of extras into It’s Magic.

The cartoon-style visuals and fantastical soundtrack are just what you’d expect from a slot game called It’s Magic. It comes together very nicely. This isn’t the most volatile title you’ll see. The variance is in the low to medium range with top wins of 1,600 times your stake (if you win the Royal Jackpot and get a good spin when triggering it).

The good range of extras mean you can still conjure up plenty of action. The theme might be a little too cute for some tastes but if you enjoyed Icy Wilds, you’ll find plenty to enjoy in It’s Magic.