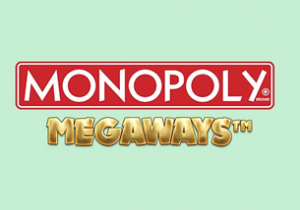 The MegaWays game mechanic here sees the number of symbols on each reel change with each spin. The number of ways to create a winner changes too. Depending on the number of symbols on each reel, you’ll have between 64 and 117,649 MegaWays active. A winning combination it causes the Reaction feature - those symbols are removed and new ones drop in from above to replace them. The process is repeated as long as a new winner hits.

Work your way around the Monopoly board

Land a winner and Mr Monopoly will work his way along the Monopoly board. Known as the Reel Adventure game engine, landing on some spaces can deliver a special extra:

The Free Spins feature is triggered via a Chance card or when you have added 5 houses to a property. You’ll receive 8 free spins plus 1 extra for each railway station or house. The win multiplier starts at 1x unless you own a Utility in which case it increases by 1.

Land on a property that includes a house during the feature and it increases the multiplier by 1x. At the end of the free spins, the Railway Stations and Utilities revert to their original ownership (so you’ll have to collect them again). Any unvisited houses on properties remain in place though.

Landing on Railway Stations during the feature adds extra free spins to your total. Likewise, landing on Utilities can increase the multiplier if you own them. Multipliers also increase when Mr Monopoly visits properties with houses. The Community Chest takes you to a random property while Chance awards 5 more free spins, a max MegaWays spin or takes you to a property.

We’ve been a bit underwhelmed by some Monopoly-themed slot games. Monopoly MegaWays seems to have done the best job of bringing elements of the original board game combined with some modern features. The gameplay offers some decent variety thanks to those feature modifiers.

High variance, you can win up to 14,700 times your stake on every free spin. If you’re fancy playing a Monopoly slot game, then Monopoly MegaWays should be at the top of your list.