The new Beat the Beast: Kraken’s Lair slot from Thunderkick is exclusively live – you can win up to 7,777 x your total stake in the first game from the Beat the Beast series.

With 5 reels and 9 paylines, Beat the Beast: Kraken’s Lair is the first game from Thunderkick in the Beat the Beast series – 4 more will be released in 2020. Playable from 10p a spin across desktop, mobile and tablet devices, it focuses on the mythical sea monster – graphically it’s superb.

The kraken is the most rewarding symbol with 5 in combination rewarding you with 500 x stake. The golden kraken emblem is both the wild symbol and the scatter. If you get a win with the wild/scatter, you’ll activate the Expanding Wild feature – 1 of the symbols that is part of the win will expand to give you bigger wins.

In the Bonus Game feature, you’ll begin with 10 free spins – 1 gold kraken emblem symbol is placed on the reels for each free spin too which will help a lot. You can also retrigger the feature countless times for infinite free spins.

Simple in nature, this highly volatile slot can reward you with 7,777 x stake wins on each spin or free spin. To read more details and play in demo mode, go to the Beat the Beast: Kraken’s Lair slot review.

Beat the Beast: Kraken’s Lair is available exclusively at Casumo Casino – for the next 2 weeks. With over 1,500 slot games from Microgaming, Novomatic, NetEnt, Play ‘n GO, IGT and many others, Casumo is a slot player’s dream.

Sign up and begin with 30 wager-free spins – these are free spins with no wagering requirements. They are valid on Play ‘n GO’s Book of Dead slot. Then there’s a generous 100% bonus up to £300 on your first deposit. 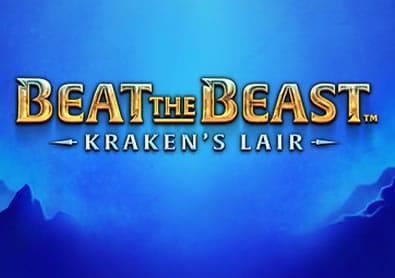