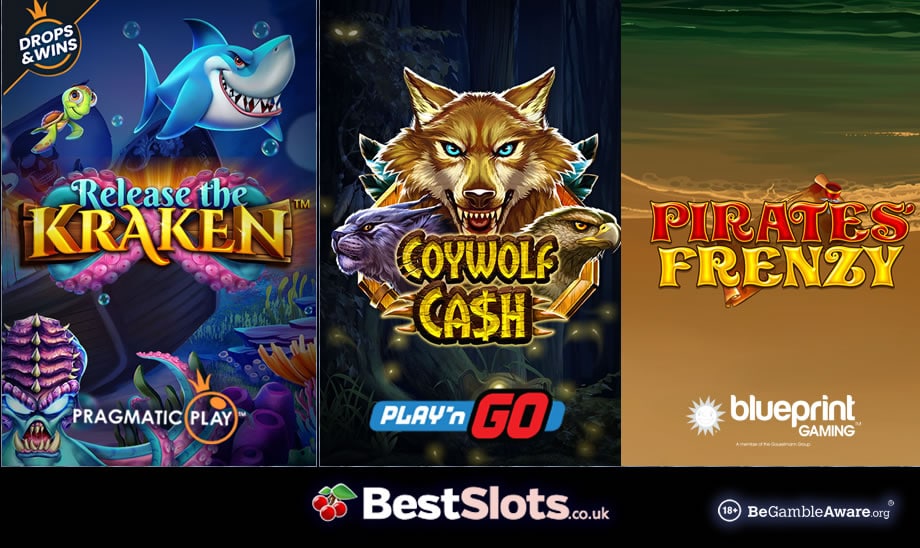 Today is Thursday which means 1 thing – lots of new slot games have been released. Find out about Release the Kraken, Coywolf Cash and Pirates’ Frenzy.

Powered by Pragmatic Play, the Release the Kraken slot comes with 5 reels and 20 paylines. With a Norse mythology theme, you can play from 20p a spin on all devices. There are 3 random features where you can get locked wilds, extra spins and 2x wins. They also offer Colossal 4×3 Kraken wilds and infectious Kraken wilds which give you extra wilds.

With cash prizes to be won from the Sunken Treasure Bonus feature, the Roaming Kraken Free Spins feature  which are played using 40 paylines – each wild also increases the multiplier by 1. With a 96.5% RTP, you can win up to 10,000 x stake on each free spin.

Created by Play ‘n GO, the Coywolf Cash slot has 5 reels and 50 paylines. Playable from 10p a spin, you head to North America where you’ll benefit from stacked wilds and Coyote wilds which expand to give you wild reels.

It’s all about the Prey Free Spins feature where you can get wild reels and wild multipliers up to 7x with more free spins. Highly volatile and with an RTP of 96.31%, you can win up to 4,000 x stake on every free spin.

Produced by Blueprint Gaming, the Pirates’ Frenzy slot has 5 to 6 reels and 10 paylines. Pirate themed and playable on all devices from 10p, you can activate a 6th reel which can give you 6 of a kind wins. In the Free Spins feature, you can get up to 50 free spins.

There are also money pouches which give you cash prizes up to 25x stake each time the skipper wild symbol appears. Medium to high variance, you can pocket 10,000 x stake on every spin/free spin.

There have been a number of releases this week – NetEnt has released Fortune Rangers whilst Novomatic has released Cash Connection Charming Lady. More interestingly, Quickspin’s Wild Cauldron is exclusively live too. 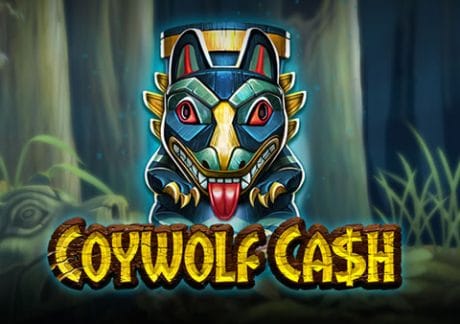