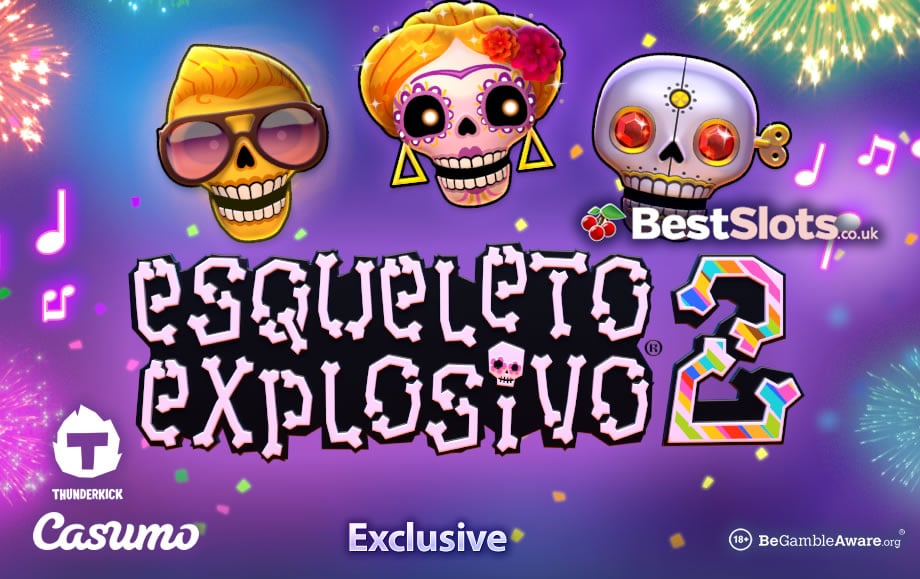 The Esqueleto Explosivo 2 slot game is due for general release on the 22nd of January (2020) but it’s been released exclusively early. The original version is a cult favourite and this version is better due to offering much bigger payouts.

With a Mexican Day of the Dead theme, you head to a street scene where skulls spin on the reels. When an Explosivo Wild lands (the skull with the quiff and sunglasses), it will explode to transform up to 8 adjacent symbols into wilds.

Each win sees the Dropping Symbols mechanic come into play – the winning symbols explode with new symbols landing. This continues until no more new wins are created. Each drop will also utilize the Mucho Multiplier feature where the multiplier increases to 2x, 4x, 8x, 16x and finally 32x! An Explosivo Wild also increases the multiplier.

It gets better in the Bonus Game feature where you’ll begin with up to 14 free spins – the Mucho Multiplier feature is also in play and you can win additional free spins. 3 Explosivo Wilds that are collected will give you an extra free spin and remove the lowest multiplier – multipliers can reach up to 64x here too.

Play only at Casumo Casino

Esqueleto Explosivo 2 is only available for now at Casumo Casino. With slots from providers like Play ‘N Go, Big Time Gaming, NetEnt, Microgaming and many others, they also offer you Blueprint Gaming’s Diamond Mine Extra Gold Megaways exclusively. If you want new releases, there’s Microgaming’s Book of Atem and WMS’ Friends (based on the TV sitcom).

With fast cashouts, lots of deposit/withdrawal options and a unique Lock Withdrawal feature, new players are in for a treat. Register an account to get 30 wager free spins on Play ‘N Go’s Book of Dead – no deposit needed. What you win is yours to keep. Then there’s a 100% first deposit bonus up to £300. 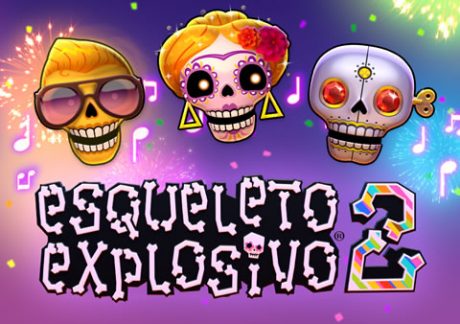